In general, Nevsky Prospekt appeared in 1710 as the connection of two roads from the Admiralty and the church with the trade route. There is a legend about the birth of the Nevsky prospect: it is believed that the road was built (or, rather, cut through the forest) from two ends. Read more

The Savior on Spilled Blood

Church of the Resurrection of Christ (also known as the Savior on Spilled Blood) is within a five minute walk from “Nevsky Prospect” metro station, alongside with The Mikhailovsky Palace Garden, the Field of Mars and the Arts Square. It is probably one of the most striking landmarks in the whole city. Read more

St. Petersburg was born as a fortress city. But young naval power also need a shipyard, so Peter I planned the construction of the Admiralty. He personally examined the whole bay of the Neva river delta in search for the most effective location of the future fortress and shipyard, spending almost a week in a boat with prince Menshikov. Read more 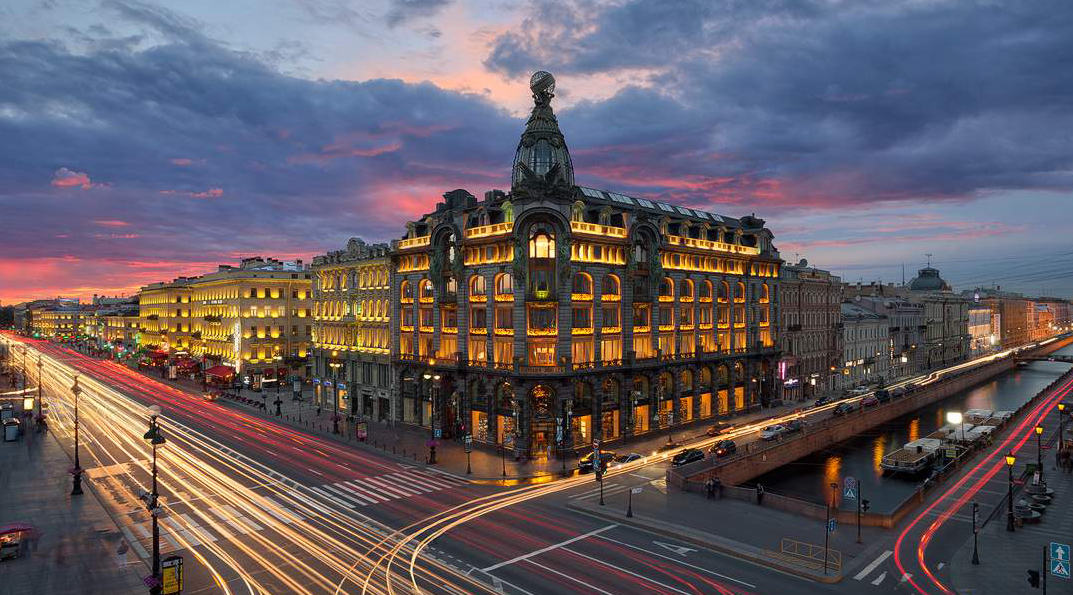 Dom Knigi in St. Petersburg (also known as the Singer House) is a famous bookstore on Nevsky Prospekt. It is a cultural center of the Northern capital which attracts many book lovers and, in addition, is an architectural monument of federal significance. Read more