Ballet performances to see at the Mikhailovsky theater in December

“Don Quixote” is one of the most life-affirming, vivid and festive ballets. This brilliant ballet is Marius Petipa free adaptation of several stories which are the part of a world-famous novel by Cervantes. 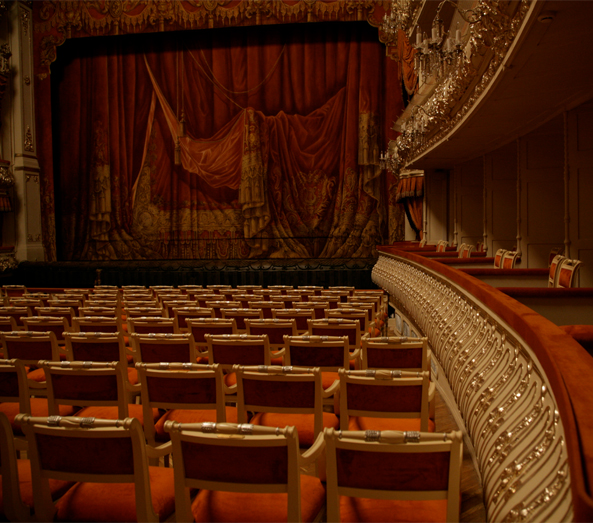 In 1869 a comic play staged by Marius Petipa with the music by Ludwig Minkus was premiered in Moscow’s Bolshoi Theater. The story tells about the failed wedding of a young beauty and a rich man because of true love of the heroine to a poor young man. In 1871 Petipa created a new version of the ballet for St. Petersburg. In 1900 Moscow hosted another revival of “don Quixote” performed by Alexander Gorsky. Gorsky partly preserved Petipa’s scenario plan and choreography. January 20, 1902, Gorsky’s performance was shown at the Mariinsky theatre. The stars of the imperial stage, such as as Mathilde Kschessinska (Kitri), Nicholas Legat (Basilio), Enrico Cecchetti (Sancho Panza) also contributed to the success of the play. This performance has become a classic of the genre.

At the Mikhailovsky theatre the “don Quixote” ballet was totally revised by Mikhail Messerer. He used much of what was proposed by several generations of choreographers, including students and  followers of Alexander Gorsky. The best soloists of the ballet troupe give audience the joy that they inevitably feel themselves performing this timeless ballet

The Mikhailovsky theatre’s interpretation of the “Sleeping beauty” is a brand new version of the classic ballet. The famous Spanish choreographer Nacho Duato tells this terrific tale in his own way, preserving the incredibly romantic and magical spirit of this famous work. Duato’s signature style, which is recognizable in classical ballet, his light humour and legendary musicianship fascinate the viewer and immerse one in a truly magical world.

Nacho Duato has presented ballet lovers a new production of “the Nutcracker” by Pyotr Ilyich Tchaikovsky. The most Christmassy of all classical ballets, “the Nutcracker” has become a magical symbol of change and constant renewal of life. It focuses on time when careless childhood is followed by bright sadness of youth and dreams of unattainable harmony. Famous French designer Jerome Kaplan became the co-author of the The Mikhailovsky theatre’s choreographer. The scenery and costumes for the play fit well into the classical tradition, yet filled with subtle humor.