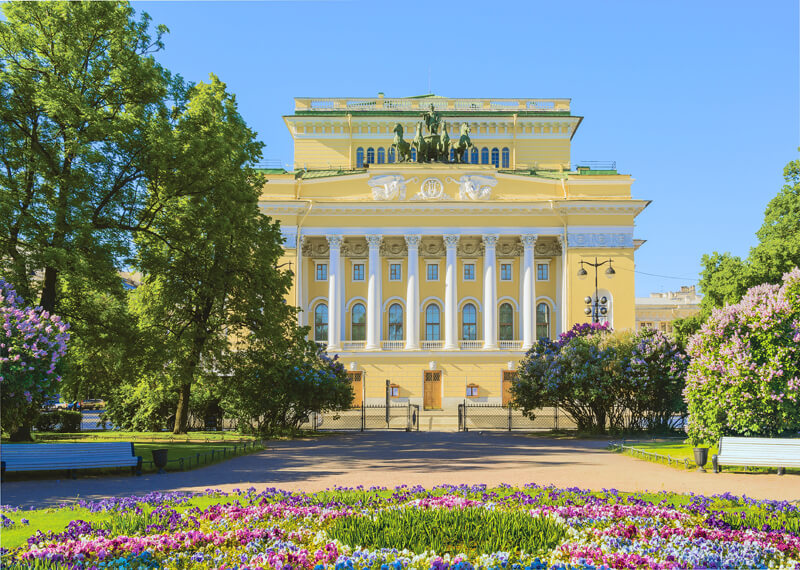 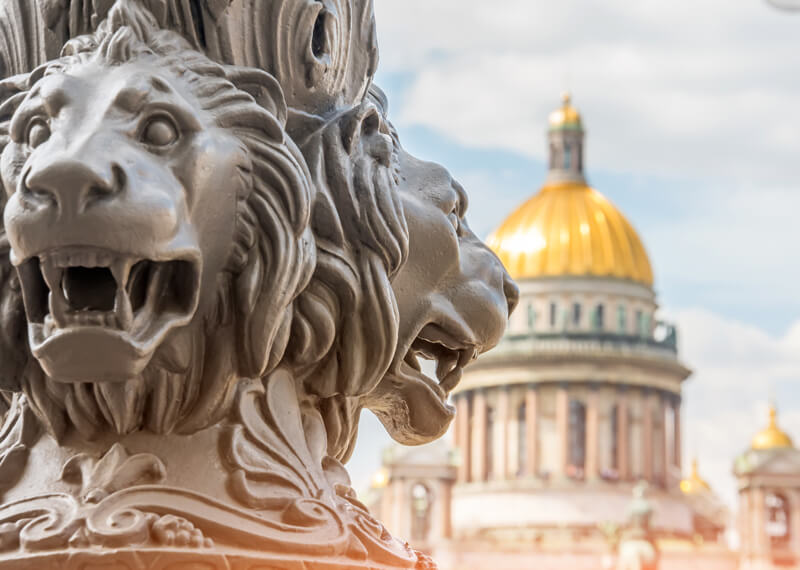 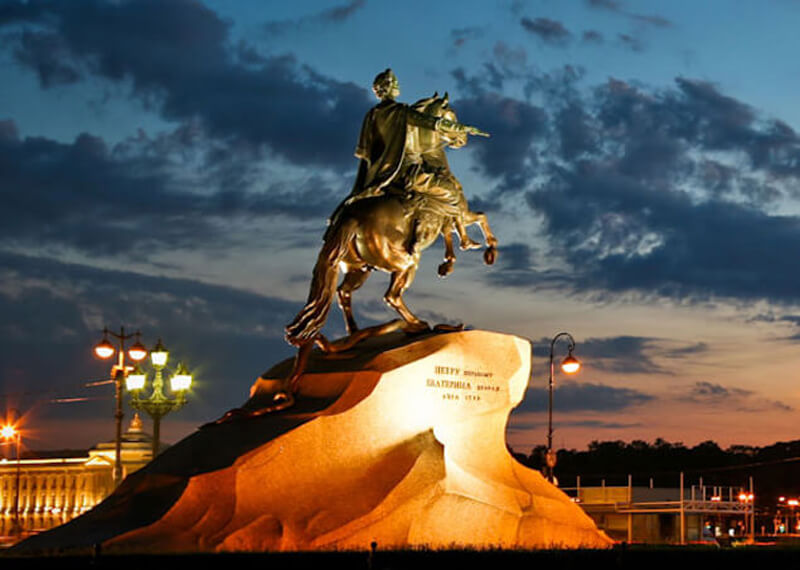 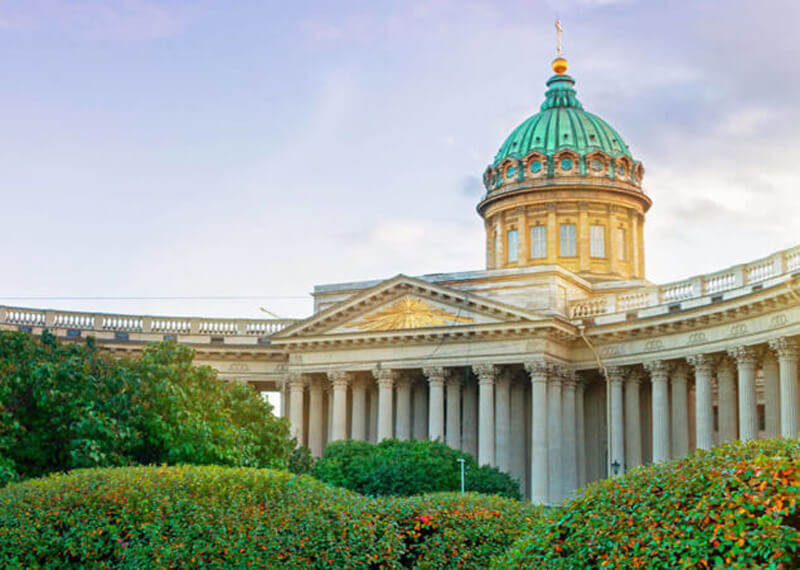 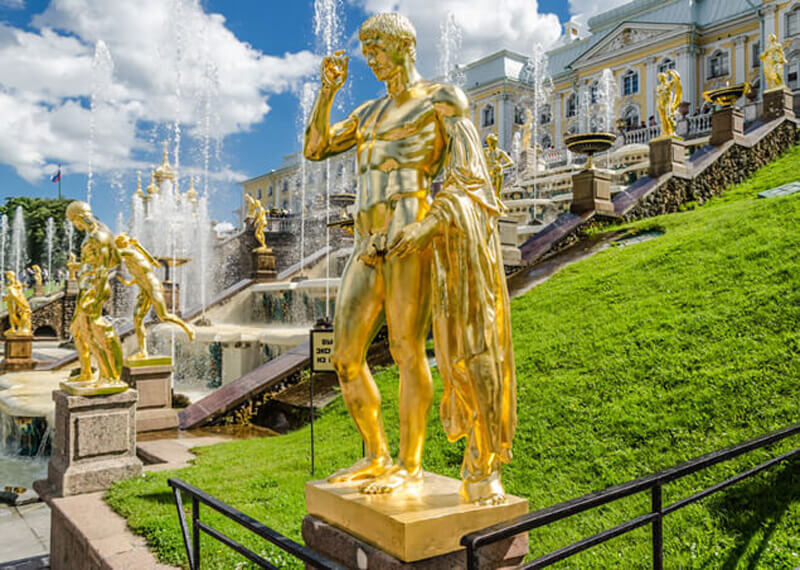 Make use of every minute in St.Petersburg even if you visit it only for one day. We have hand-picked all world-famous sights of the city on this Visa-free one day tour. During this tour, you will have enough time to enjoy each place from the itinerary, lunch and souvenirs shopping. It’s important for us you won’t hurry and will have a joyful experience.

Children/Students receive a discount of 25 for the tour. Students must have a valid ISIC Card – Please, let us know about students and children in your group in advance so that we can reserve the right tickets for them.

Peterhof Grand Palace and Fountain Park
The Grand Palace along with the large fountain cascade in front of it is the main attraction of Peterhof and architectural dominant of the whole Palace and Park complex. In centuries the Grand Peterhof Palace was the main ceremonial residence of Russian tsars, which hosted important events and celebrations, receptions, balls, and masquerades.
It’s famous ensemble of fountains classed as a World Heritage Site, where the Grand Cascade comprises 64 different fountains, and over 200 bronze statues, bas-reliefs, and other decorations. At the center stands Rastrelli’s spectacular statue of Samson wrestling the jaws of a lion.

Hermitage Museum
Dive into splendid halls full of treasuries of the one of the best museums in the world. Hermitage is a really unique place, it is the imperial residence, revolution site and great museum and all in one place. Everyone will find something interesting for himself. Your expert guide will get the right direction according to your preferences.
Marvel at masters like Da Vinci, Rembrandt, Titian and others while you spend three hours exploring this former royal residence.

Church of our Saviour on the Spilled Blood
The iconic church of St.Petersburg represents
Russia’s largest exhibition of mosaics (over 7,000 sq.m.). It includes the Italian colored marble, Ural and Altai semiprecious stones and mosaic collections of Russian heraldry.
The church was constructed on the spot where in 1881 a fatal attack on the emperor Alexander II had been made.

Peter and Paul Fortress and Cathedral
The birthplace of the city it was the first structure to be built in St. Petersburg and it never served for defence. it has had a rich history as a military base, a home of government departments, the burial ground of the Russian Imperial family, the site of groundbreaking scientific experiments, and a forbidding jail that held some of Russia’s most prominent political prisoners.