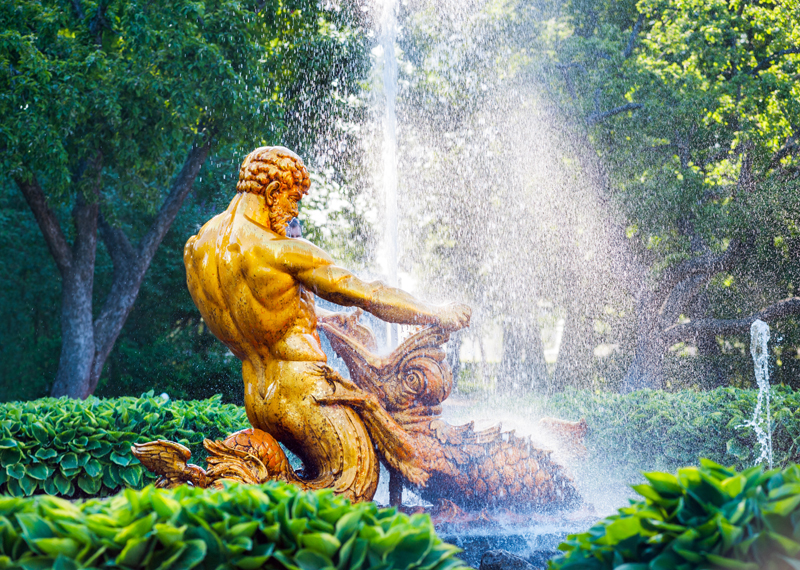 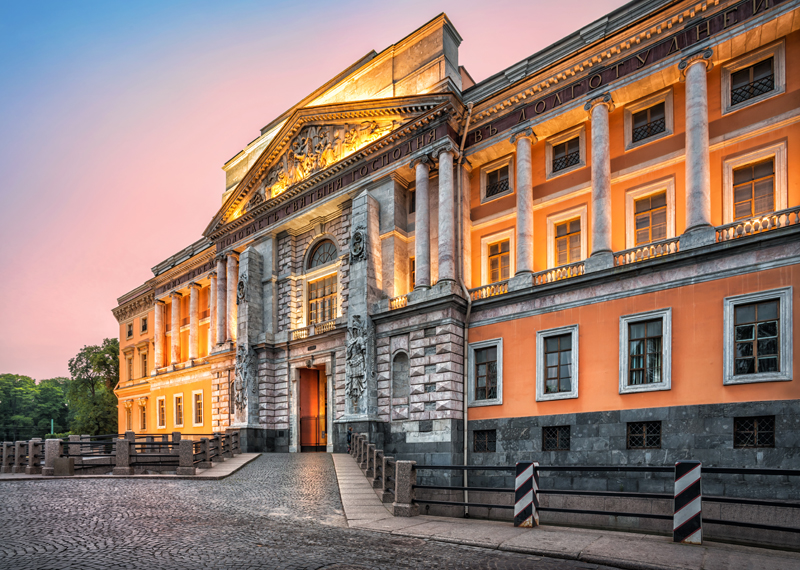 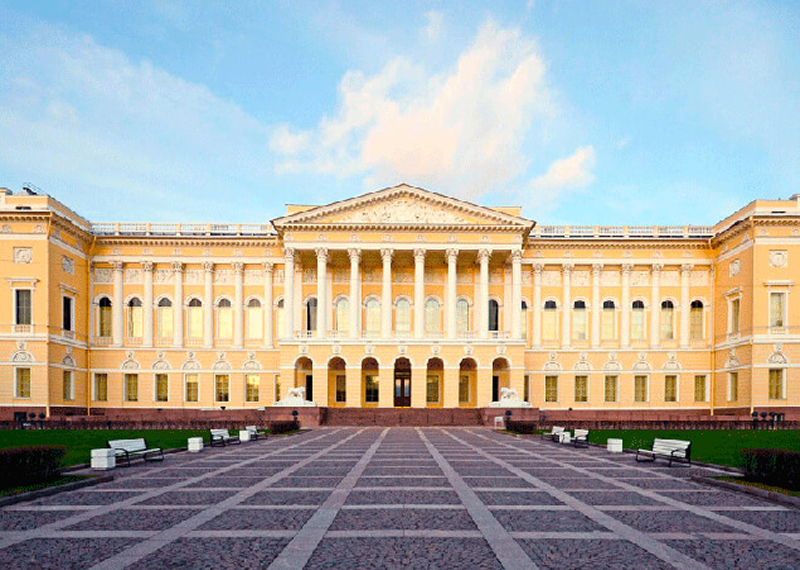 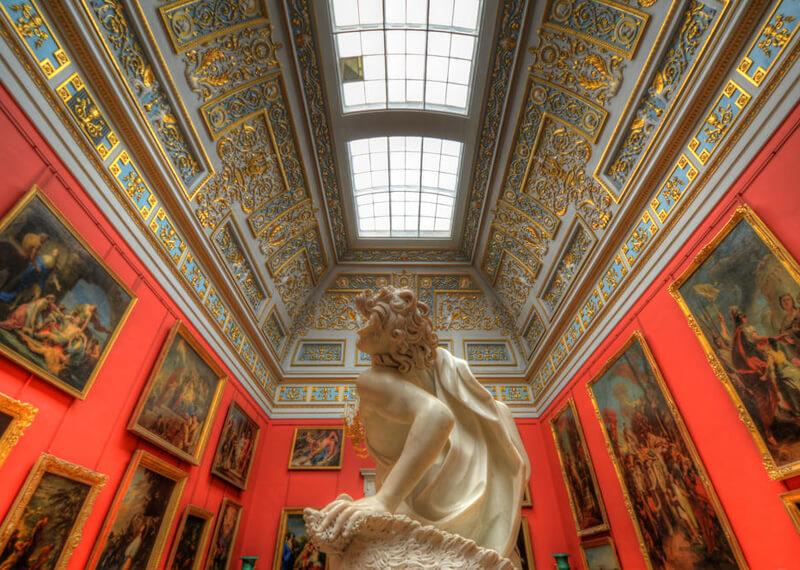 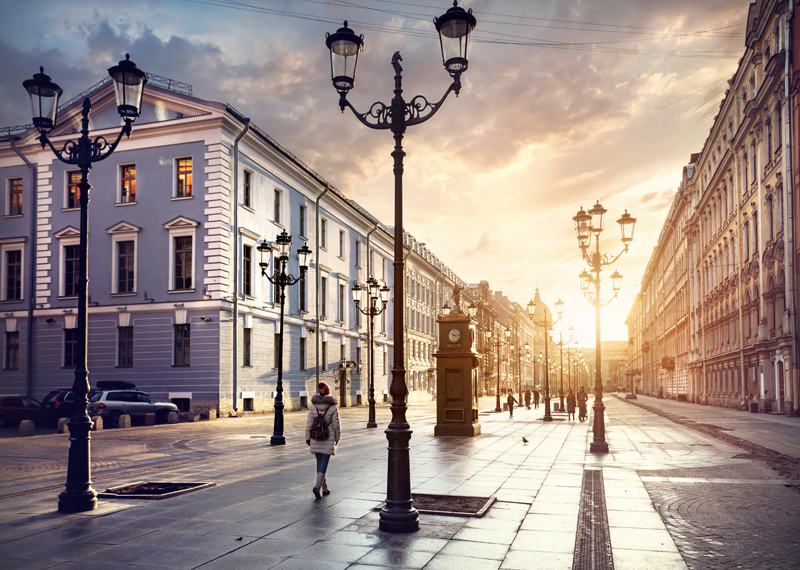 No visa required
A

No Waiting lines at monuments or museums


3 days in St.Petersburg is an ideal time for the balanced itinerary. There is enough time for the major visit and free time in the city.

Your first day in St.Petersburg starts with a panoramic city tour including visit of three main cathedrals of the city, that are absolutely different and unique.

The Hermitage museum consists of five buildings and comprises about 3 mln items. The guide will help you not to get lost among the treasuries and you will see world famous works of old masters and amazing impressionist and post-impressionist collection.

The second day will be dedicated to summer imperial residences. You will have a very pleasant walk in one of the most beautiful parks with fountains in Peterhof and then you will visit Catherine Palace and dive into luxurious interiors full of gold and treasuries. No doubt, Amber room is one of the palace treasuries.

The third day of the itinerary will be a relaxing one. By the private upscale boat, you will enjoy a view of St.Petersburg from the water, gliding through the charming canals and impressive Neva river.  The boat will take you directly to Yusupov Palace, one of the most beautiful mansions of the noble families. Stunning interiors hide dark secrets including Grigory Rasputin assassination. The tour will continue with a visit to one more gorgeous museum – Faberge museum with the collection of 9 imperial Faberge eggs and other jewellery.

We have also planned two hours for the shopping or relaxing somewhere in the city centre.

In the evening we will be happy to arrange something special for you, like night boat tour with a spectacular view over open drawbridges, delicious typical dinner, Vodka museum visit, ballet or opera in one of 4 imperial theatres, music concert in a palace or traditional folk show.

Peterhof Grand Palace (outside view) and Lower park with fountains
The Grand Palace along with the large fountain cascade in front of it is the main attraction of Peterhof and architectural dominant of the whole Palace and Park complex. In XVII-XIX centuries the Grand Peterhof Palace was the main ceremonial residence of Russian tsars, which hosted important events and celebrations, receptions, balls and masquerades.
It’s a famous ensemble of fountains classed as a World Heritage Site, where the Grand Cascade comprises 64 different fountains, and over 200 bronze statues, bas-reliefs, and other decorations. At the centre stands Rastrelli’s spectacular statue of Samson wrestling the jaws of a lion.

Hermitage Museum (Winter Palace)
Dive into splendid halls full of treasuries of one of the best museums in the world. Hermitage is really unique place, it is imperial residence, revolution site and great museum and all in one place. Everyone will find something interesting for himself. Your expert guide will get the right direction according to your preferences.
Marvel at masters like Da Vinci, Rembrandt, Titian and others while you spend three hours exploring this former royal residence.

Church of our Saviour on the Spilled Blood
The iconic church of St.Petersburg represents
Russia’s largest exhibition of mosaics (over 7,000 sq.m.). It includes the Italian coloured marble, Ural and Altai semiprecious stones and mosaic collections of Russian heraldry.
The church was constructed on the spot where in 1881 a fatal attack on the emperor Alexander II had been made.

Peter and Paul Fortress and Cathedral
The birthplace of the city it was the first structure to be built in St. Petersburg and it never served for defence. Instead, it has had a rich history as a military base, a home of government departments, the burial ground of the Russian Imperial family, the site of groundbreaking scientific experiments, and a forbidding jail that held some of Russia’s most prominent political prisoners.

Faberge museum visit
Located in the Shuvalov Palace, this museum with stunning interiors represents a private collection of Faberge jewellery items, including nine of the world-famous Faberge Imperial Easter eggs.

Yusupov Palace
If you are willing to enjoy the exquisite interiors of the famous aristocratic family mansion, the Yusupov Palace on the Moika River is an ideal place. The museum comprises a lot of small and large halls, luxury and architectural harmony of which impress the most fastidious tourists. It is famous not only for its luxurious interiors and richness of the stored items, but also for being a landmark in Russian history. One of the most significant historical events that happened in the Yusupov Palace was the murder of Grigory Rasputin – a Siberian peasant, who was very close to the royal family during the reign of Nicholas II.

Catherine’s Palace with Amber Room
Designed in the style of Russian Baroque, it took more than 100 kilograms of pure gold to gild facades of Catherine Palace. The Amber room is the gem of the Palace. It was a subject of pride of every Russian tsar – from Peter I to Nicholas II. No one ever tried to repeat the mosaic of the Amber room due to its expensiveness, fragility and high time cost.

St.Isaac’s Cathedral
This Cathedral can truly be considered the centre of St. Petersburg – its golden dome is visible even from the Gulf of Finland. The height of the cathedral is 101.5 meters, which makes it the tallest and most majestic church in Russia. Climbing up the old winding staircase (562 steps) to the colonnade allows tourists to observe the amazing panorama of the city from the observation deck which is situated 43 meters high. The temple is the fourth only to the St. Peter’s Cathedral in Rome, St. Paul’s in London and St. Maria’s in Florence.

Russian museum
The State Russian Museum is one of the world’s largest museums and is perhaps the only one in the country, where treasures of national culture are presented so widely. It accommodates not only paintings, but also graphics, sculptures and works of decorative art. Today the museum collection comprises nearly 400 000 exhibits.

VISA FREE
In St.Petersburg for cruise passengers there are 72 visa free hours, we will provide you with a document called a Tour Ticket which acts as your blanket visa during your stay in St. Petersburg. This document will allow you to take your tour with us.